Why you should pick your marketing agency based on agency culture.. 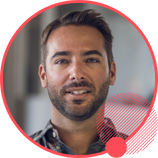 Deciding which agency to outsource digital marketing to is an important – and sometimes difficult – decision. There are so many agencies out there, how do you narrow it down to just one?

In my opinion, brands and agencies looking to outsource to a marketing agency often overlook one very important factor when choosing who to work with: agency culture.

An agency’s culture doesn’t only affect its employees, it also affects its partners and clients.

You might think that agency culture is something that only matters if you actually work at the agency in question. After all, what is agency culture? It’s bean bags, pool tables and a casual dress code, right? Actually, it isn’t. Good agency culture doesn’t magically manifest out of a trendy office space. Agency culture depends on so much more than that.

In my experience, agency culture is built on the attitudes and actions of every single employee in the agency.

It doesn’t matter whether you have a snazzy coffee machine, a free snack bar, standing desks or a ping pong table. It doesn’t matter if your employees look like they’ve just walked off the set of a Mumford and Sons music video either. You can’t manipulate agency culture from the outside – it has to radiate from within. And that means it’s built on things like how your employees treat one another, how fulfilled they are in their roles and what kind of attitude they hold towards their work.

The awards gathering dust on an agency’s mantlepiece don’t really mean much.

Agencies often differentiate themselves based on industry awards they’ve won in the past. The problem with deciding which agency to outsource your digital marketing to based on the awards they’ve won is that the people who worked on the piece of advertising that won the award might not even work there anymore. More fundamentally, most marketing and advertising awards only reward one small part of a wider marketing strategy or simply acknowledge creativity, not effectiveness.

An agency’s culture determines what it’s like to work with that agency.

An agency’s ability to produce high quality work that results in real ROI, and to produce that work on deadline, is non-negotiable. Next to that, whether or not you can afford their fee is of course an important question. But after that, it all comes down to agency culture, which I believe is one of the most important factors to consider when choosing an agency to outsource digital marketing to.

If they’re motivated, positive people who take pride in their work and who treat colleagues and clients alike with respect and understanding, they’re naturally going to produce great work, and they’re also going to be a dream to work with.

In the end, agency culture feeds into the quality of the work delivered.

Let’s assume you’re trying to decide between the clutch of agencies occupying the upper echelon of the industry. At this level, there isn’t a huge skill gap between one agency and the next. One agency might be slightly better at design, while another might be slightly stronger on the strategy side. In the end, however, the end product is likely to be much the same.

When an agency has a strong culture, however, employees tend to put in that little bit extra. They pay attention to detail. They spend a little longer trying to really understand the dream and vision you have for your brand. Feedback doesn’t upset them, it lights a fire under their butts and gets them back to the drawing board with more determination than before. They pull together as a team. They give a shit.

To me, that’s the difference. That’s when you start seeing work that really hits the spot.

So, before you sign on the dotted line, ask a prospective agency what they believe in. Ask other brands and agencies that have worked with them what they’re like to work with. Get chatting to someone other than the sales exec and try to get a sense of how they feel when they arrive at the office each day. Whether an agency has a good culture or a bad one, their reputation usually precedes them. Take note.

Looking to outsource your marketing? Get in touch with us for a chat here.