How Facebook Is Leading The Charge For B2B Lead Generation:Inbound17

#InboundPartnerDay started off with some wise words from HubSpot’s Sales Director Dan Tyer – an authority on Inbound Marketing and sales. If you’re a salesperson looking to improve your engagement and interaction with prospects, you can’t afford to miss out on his work. Check him out!

Next up was HubSpot’s VP of Global Partner Program & Strategy, David McNeil, who spoke to 2,000 HubSpot partners about how they could get their message(s) across to customers by using new products and new tools.

David spoke about how years and years and years ago, you couldn’t buy bread that was already sliced. It took years for sliced bread to become the norm on the shelves. But why didn’t it take off straight away? You’ve heard the term ‘best thing since sliced bread’ right?

Well, it wasn’t the best thing right away.

“Success wasn’t the invention of the slicer, but of the way the message was portrayed to the consumer”.

If you’d asked anyone four or five years ago if they thought Facebook was B2C inclined and for the “youth” the overwhelming majority would have said “yes”. For the B2B market, just like sliced bread, it didn't take off right away. As Facebook has matured, however, it has grown to become more of a social media behemoth than a simple ‘social networking site’. Facebook has changed – and it’s about time to change your perspective on it too!

For many years, Facebook has been extremely B2C focused. The amount of times we’ve heard people say to us: “but isn’t Facebook just for kids?” is absurd. Many had written off the idea of Facebook for b2b lead generation.

Today, however, Facebook is leading the lead generation charge from a B2B perspective – and I’ll explain how… If you’re a B2B Marketing Manager or Director, all most of your work comes down to how many new business leads are you generating.

In 2012, it was very easy for people to set up Facebook and Twitter accounts and build communities and engage with audiences. But, in 2017, these channels have become far more effective at lead generation and sales – and are increasingly part of digital marketing strategies. Facebook for b2b lead generation has become much, much more prominent andeffective.

So, what does this mean for you?

Facebook is changing. Organic views and clicks simply don’t represent real engagement. Facebook wants people to stay on Facebook and to not move off the site to another blog or landing page. But with Facebook trying to engage more users and keep them on Facebook, how do you interact with people without sending them to your website?

How can you engage with people without driving them to your website? The answer? Video. Video has become part of every digital marketing strategy and social platform, it’s the most engaging format of content on Facebook and can be used for top of the funnel (TOFU) engagement before the convert stage. With video, you don’t have to write a blog and post it on Facebook to drive people to your site – instead, you can do a video format of that blog and allow people to view it directly from Facebook.

With Facebook ads, you can push your videos to be in front of your potential customers, helping increase brand awareness, helping you to increase the reach of your video and the exposure it receives, ultimately meaning that your video receives more traffic, and hopefully more engagements – that’s what we’re looking for with ‘attract’ content right.

Once you’ve increased engagement, awareness and traffic to your business’ website, how do you convert people from visitors into leads? Well, Facebook Ads also solves this issue. From the Facebook advertising platform, you can increase engagement with your content and drive conversions.

How? Firstly, you can drive people to landing pages to download content, whether that content is an eBook, a case study, a white paper or potentially a piece of market research. Great, but didn’t you say that Facebook doesn’t want to move people away from the platform?

Facebook Lead Ads mean that you can promote your content and offer via a Facebook advertisement, and rather than the contact clicking a link and visiting your landing page on your site and completing a form, your visitors can actually complete the form without ever leaving Facebook.

Once the contact clicks ‘download now’ or ‘find out more’, Facebook automatically completes the lead form for them using their Facebook data, meaning that the contact doesn’t even have to fill out the form. One click later they’ve completed the form, got the offer, and become a lead in your CRM; how good is that?

Lastly, how do you close prospects using Facebook’s advertisements tools? Well, at the bottom of the funnel, your efforts are concentrated on moving contacts into customers. The content you offer is different at this stage as it is far less ‘awareness’ focused, and much more sales focused.

Therefore, it’s important to understand that the lead ads I spoke about previously aren’t restricted to offering a piece of content. These ads can also be used to offer free demos, or potentially letting people book consultations with your business. In addition, Facebook Messenger ads can be used to talk to these people if they visit your business page at any time.

Facebook is no longer just a space for “kids” and “teens” and similarly, not just a place to go for great cat videos. It’s quickly becoming the contender in the B2B social media marketing space – and has the influence to boot. While it’s hard to drive organic traffic to your website via Facebook, Facebook Ads present a lucrative and simple means of engaging with B2B buyers early in the sales cycle, allowing you to attract visitors on Facebook and convert them on your website.

If you’re looking for HubSpot Support on how you can manage your organic and paid social media with HubSpot, please click here to speak to a consultant.

25 inspirational quotes to keep you motivated for business
Read More 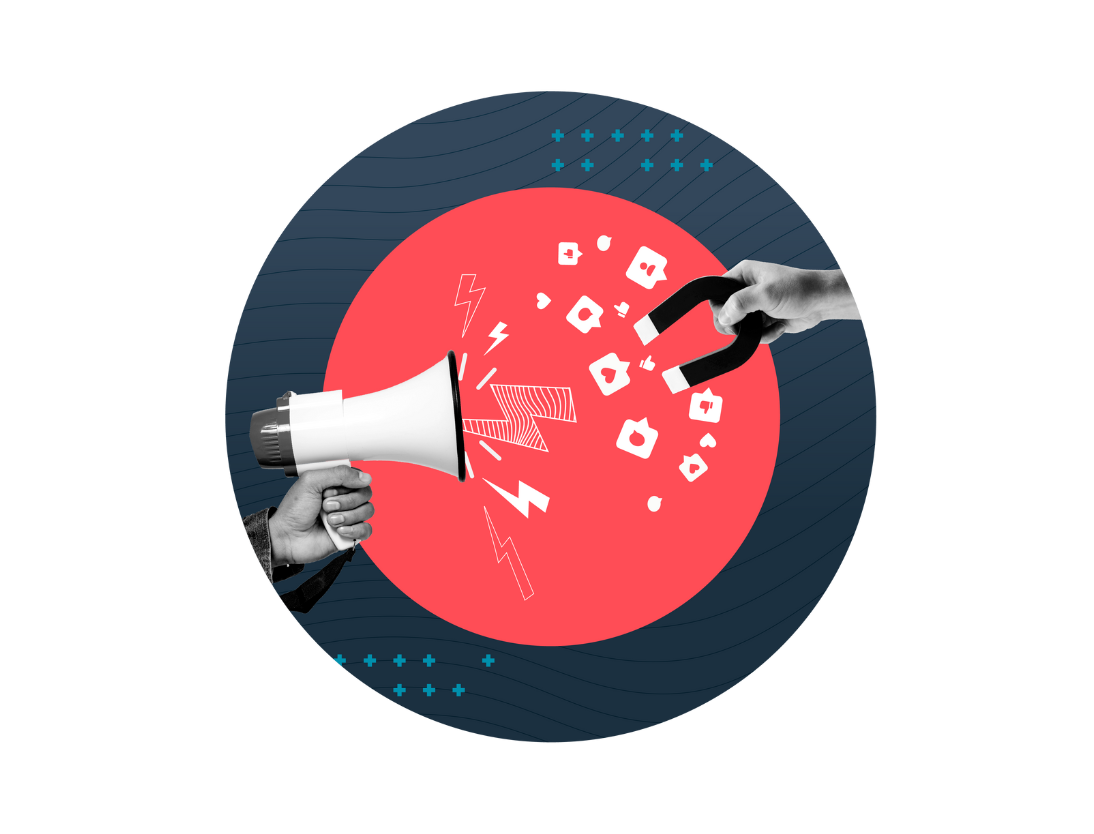 In HubSpot you can create lookalike audiences using existing customer lists to help you target new,

How the HubSpot Ads Tool will transform your paid media campaigns

In this blog post, Shane Punt, Senior HubSpot Consultant at Huble Digital, dives into the HubSpot

Over the past few years, video has become extremely relevant as a marketing tool. It’s easy to